Kfar Yeladim David is a long established children’s home in Jerusalem that helps kids from around the city pick up the pieces of their often highly traumatized and damaged lives. ‘Shocking’ is an insufficient word to aptly describe the situations many of the children who attend Kfar Yeladim’s rehabilitation programs come from.

With a very limited time of about 5 weeks, I was approached to produce an emotive and informative English language film for a fundraising dinner the organization was holding in New Jersey. Two major challenges that I faced were the kids currently attending the home were not allowed to appear on film as themselves and also none of them spoke English!

Although ambitious and risky due to the time available to me, rather than make a video featuring actual people, instead I opted to create a scripted short film based on a real story that actors would depict on screen. Due to wonderful cooperation from Kfar Yeladim and a hardworking, dedicated team of talent and production staff, Second Home For Rachel was delivered on time without any issues and was very well received by all, captivating its audience at the fundraising dinner and those who have seen it online. 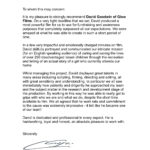